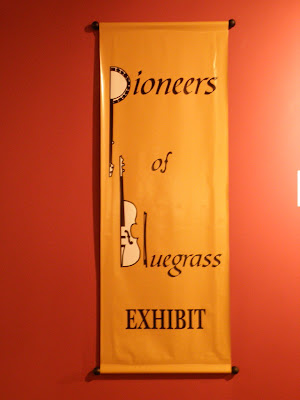 The Pioneers of Bluegrass Exhibit highlights over sixty first generation bluegrass musicians. Artists from across the country contributed artifacts and then gathered at ROMP 2009 to tour the exhibit, reminisce, renew old friendships and perform.

The exhibit includes historic and contemporary photographs ranging from the Original Blue River Boys and Tony Ellis with Reno and Smiley and the Tennessee Cutups in the 1940’s to more contemporary pictures of the Osborne Brothers, Jim and Jesse McReynolds and J.D. Crowe.

One section is devoted to instruments, including those owned by Curly Seckler, Ramona Jones, Pete Goble and others. Posters, performance clothes and album covers can also be viewed in the collection, along with more unique items, such as the first edition of Bluegrass Unlimited produced on a mimeograph machine; a piece of wood carved by Bill Monroe with the names of the Blue Grass Boys at the time; and some of Monroe’s smoking pipes, which presumably only had Prince Albert tobacco in them.

The Exhibit will continue on display until September of this year. 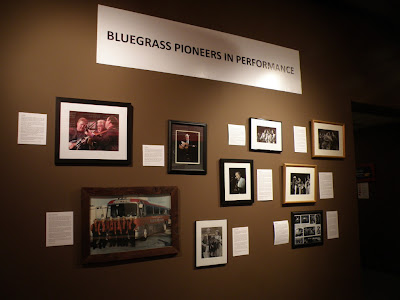 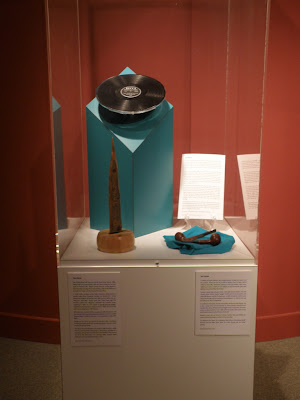 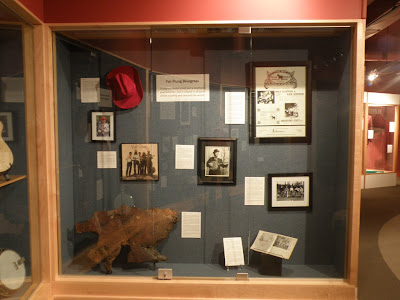 Posted by Bluegrass Music Museum at 3:23 PM No comments:

Ronald Stuckey
Ronald Stuckey is a retired professor of botany from Ohio State University. In addition to aquatic and wetlands plants, Dr. Stuckey loves bluegrass music and for years photographed his favorite artists at bluegrass festivals and concerts. He then exchanged his photographs for the artists’ CDs and tapes. Dr. Stuckey also collected programs, articles, flyers and other bluegrass memorabilia. Dr. Stuckey made his first donation to the International Bluegrass Music Museum in 1995 with the donation of a 1947 souvenir program from the Grand Old Opry. In 2009 Stuckey donated the rest of his collection which included hundreds of photographs, tapes, CDs and other items.

Benny Cain
Benny Cain and his wife, Vallie, for many years performed as a bluegrass duet in the Washington, D.C., area. In his later years Mr. Cain gave much of his professional memorabilia to his friend and fellow musician, Andrew Acosta. In 2009 Mr. Acosta donated this collection to the IBMM. The collection includes sheet music, song books, tapes of live performances, historic photographs, music publications and much more.

Owen Lawson
Owens Lawson owns an antique store in Owensboro. He had collected historic photographs and newspaper clippings, vintage song books, song folios, magazines and souvenir booklets with the intent to sell them. When it was suggested that such a unique and valuable collection should be donated to the Museum, he readily agreed.

Don Sherburne
Don Sherburne has been sending portions of his extensive record collection to the Museum for years. His most recent shipment included a gift of 62 vintage albums, including 10 of Bill Monroe’s releases.

The IBMM appreciates very much all the donations it receives and thanks all donors, both those appearing above and others, not mentioned here, who will be highlighted in future blogs.
Posted by Bluegrass Music Museum at 2:43 PM No comments: